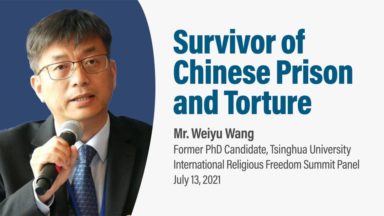 When the CCP began its persecution on Falun Gong, Mr. Weiyu Wang was a doctorate student at Tsinghua University. But after July 20, 1999, Wang suffered from nearly a decade of torture and was forced to suspend his schooling twice. His entire family was oppressed by authorities for 14 years. Even after his release, Wang was closely monitored by police and CCP agents. Now, he lives with his wife and son in Michigan. This is his story. 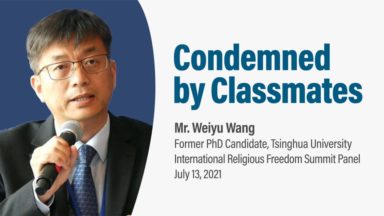 Former PhD candidate, Mr. Weiyu Wang, describes the day when close friends and classmates, encouraged by their professor, threatened to kill him in front of the whole class.